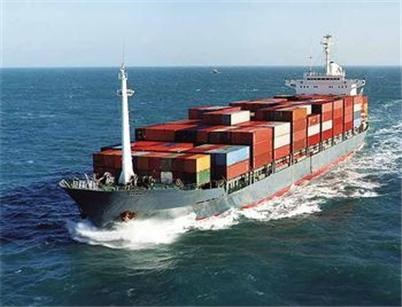 The general cargo dock operated by Midwest Terminals had a good month of November at the Port of Toledo.  “The ability to handle a diverse array of cargo at this large facility with new material handling equipment is really helping move the economy of Northwest Ohio forward,” said Joe Cappel, Vice President of Business Development at the Toledo-Lucas County Port Authority.  In November alone, Midwest handled vessel loads of aluminum, steel, project cargo, coal, pig iron, petcoke, and salt.  “Although our coal and iron ore tonnage is below normal for this time of year, shipments of other bulk materials, project cargo, grain, and aluminum have been strong.  In Toledo, we can handle just about anything that can be loaded onto a ship.”

At the Port of Indiana-Burns Harbor, exports through the Seaway exceeded imports for the first time in many months. “We saw increased exports of grain and other bulk products moving to Quebec in recent shipments,” said Port Director Rick Heimann. “Quebec is a key trading partner for us because that region serves as a gateway to the Great Lakes in a similar way that our port serves as a gateway to the U.S. Midwest and the extensive inland waterway system. Grain from Midwestern farms can be shipped on Great Lakes vessels from our port to Quebec and loaded onto larger ocean vessels for trans-Atlantic shipments. Developing these types of regional partnerships is vital to realizing the full potential of the Great Lakes-St. Lawrence Seaway System.”

The Port of Oswego had a busy November, receiving shipments of aluminum and potash, and exporting its first shipment of soybeans. Two McKeil Marine barges, carrying 16,000 metric tons of aluminum, arrived from Sept-Iles, Quebec.  The aluminum was loaded onto trucks for delivery to the local Novelis Plant, and for customers as far away as Kentucky and Texas. The M/V Algoway delivered 10,000 metric tons of red premium potash from Thunder Bay, Ontario. The potash was moved by truck to farmers across New York and surrounding states.  “The Port saw its first export of 16,000 metric tons of soybeans on the M/V Manitoba to the Port of Sorel, Quebec,” said Zelko Kirincich, Executive Director and CEO. “Its final destination is Europe. This first export of soybeans by ship is just the beginning of what is expected to be major grain export and import activity at the Port of Oswego in 2016.”

“For the second consecutive year, the Port of Milwaukee will see a high volume of steel coming in through the Seaway,” said Port Director Paul Vornholt.  “That is one of the ways the Port adds value for local manufacturers.  The Port is also well positioned to handle oversized items such as the new 96-ton hammer press that recently arrived through the Seaway for a local forged product manufacturer.”

The St. Lawrence Seaway reported that year-to-date total cargo shipments for the period April 2 to November 30 were 32 million metric tons, down 10.5 percent over the same period in 2014.  U.S. grain shipments were up by 11 percent in November over last year.  The dry bulk category was up by 1 percent over 2014 with potash, stone, and gypsum in the positive column, at 94, 21, and 45 percent respectively. The general cargo category was down 16 percent. Iron ore and coal remained down in November by 7 and 38 percent respectively.  The liquid bulk category posted a downturn of 11 percent.

The Great Lakes Seaway Partnership is a coalition of leading U.S. and Canadian maritime organizations working to enhance public understanding of the benefits of marine transportation.